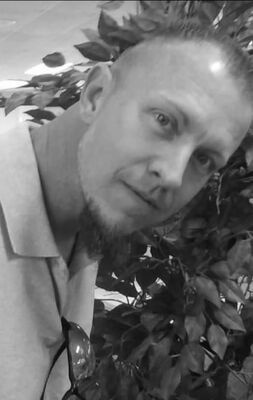 Larry David Hurt, 38 of Gilmer, Texas was born on April 11, 1982 in Dallas, Texas to Trent Hurt and Leslie Norris Corley. He passed away on Monday, March 1, 2021.
Larry proudly served in the United States Army as an Airborne Ranger and worked in construction for many years. Larry will be greatly missed by the many friends and family members he leaves behind.
Larry is survived by his father, Trent Hurt of Gilmer; mother, Leslie Corley and husband, Robert of Harleton; brothers, Kollin Trent Hurt and wife, Whitney and Trevin Wesley Hurt and wife, Emily of Longview; sisters, Jill Corley Torres, Benny Torres, and Jackie Torres; nieces and nephews, Hayden, Hudson, and Sadie Mae Hurt; as well as numerous aunts, uncles, and cousins.
Funeral Service for Larry will be held at 11:00 on Saturday, March 13, 2021 at Rosewood Baptist Church with Bro. Charles Johnson officiating, interment to follow at Rosewood Cemetery. No formal visitation will be held. Larry will be in a visiting room from 8:00 Am until 8:00 P.M on Friday, March 12, 2021.
Larry was one of the founding men and heart of Redemption Ranch Ministries. He gave the last year and a half of his life turning the empty shell of a barn into a home for men struggling with addiction, all the while teaching them carpentry, electrical and plumbing skills. He also donated his van to the ministry and literally gave up his bed for a new guy coming off the streets. Larry led devotions at Redemption Ranch and knew the Word of God and loved to share it. He was very involved in several East Texas churches and volunteered at Jesus Burger. While Larry was fighting his own battles, he would stop everything to pray or share God’s love with someone that needed it. Larry had a heart for the broken and many lives were touched and changed and many people have come to know Jesus because of him.
Memorial contributions may be made to Redemption Ranch Ministries, P.O. Box 1131, Gladewater, TX 75647

School Board Votes No More Masks