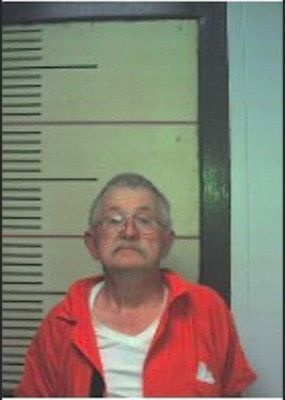 Press Release: Aggravated Assault Against a Public Servant in the 900 block of W Wolfe Street
“The Grand Saline Police Department is investigating an aggravated assault against a public servant involving a deadly weapon alleged to have occurred in the 900 block of W. Wolfe Street in Grand Saline on Friday February 26, 2021 at about 9:30am.
The suspect has been identified as Charles Land, 68.
The Grand Saline Police Department obtained an arrest warrant signed by Judge Joshua Wintters of the Van Zandt County Court of Law after Land had reportedly pointed a firearm at a City of Grand Saline Public Works Employee carrying out their official duties. Land was arrested later on 2/26/2021 for the said outstanding warrant and was booked into the Van Zandt County Justice Center.
Please keep in mind this is an open and ongoing investigation and not all details can or will be released at this time. If anyone has any pertinent information regarding this case reach out to the Grand Saline Police Department at (903) 962-3145.”
When asked what sentence Land could be facing if convicted, Van Zandt District Attorney Tonda Curry said “The statutory punishment range for the offense of assault on a public servant is not less than 2 years nor more than 10 years. For aggravated assault on a public servant it is not less than 5 nor more than 99 years.”
This is an ongoing investigation. In many cases, charges are often reduced or dropped during the legal process. Land is considered innocent until proven guilty in a court of law.
Land has previously served on the Grand Saline City Council and is currently running for Mayor of Grand Saline.
Land was recently selected to take top billing on the ballot and is challenging incumbent Mayor Jeremy Gunnels. The election will be held May 1.

School Board Votes No More Masks