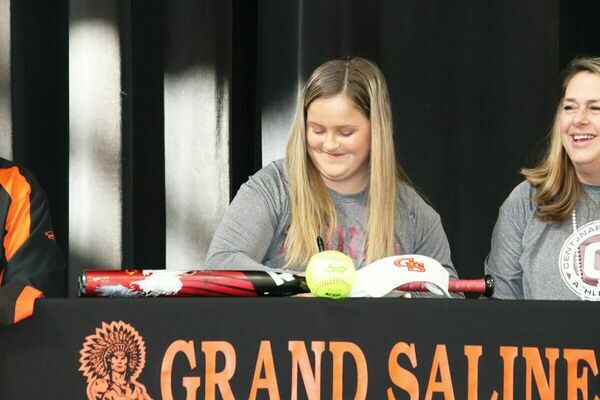 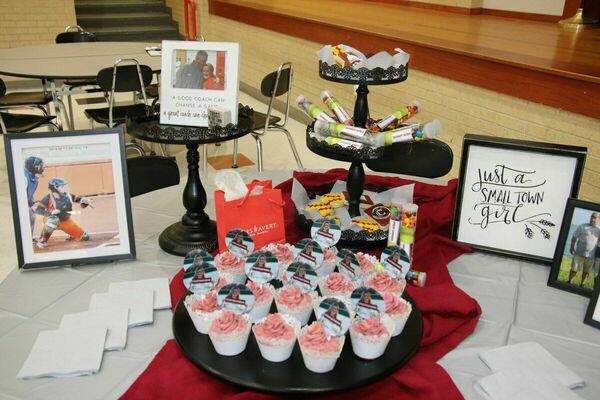 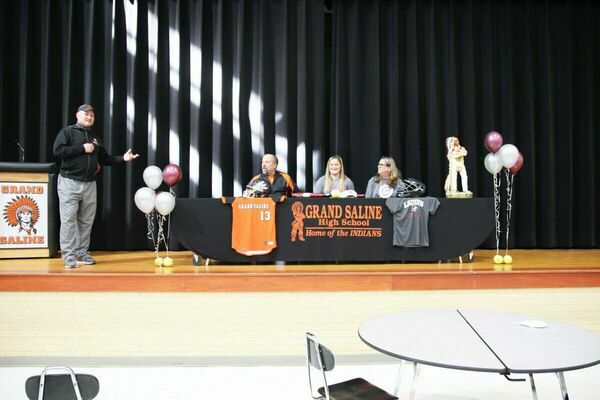 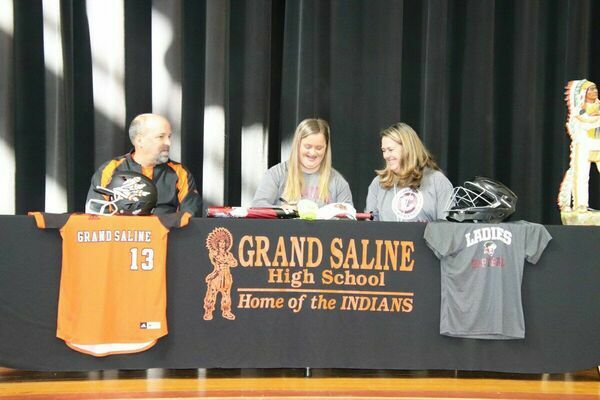 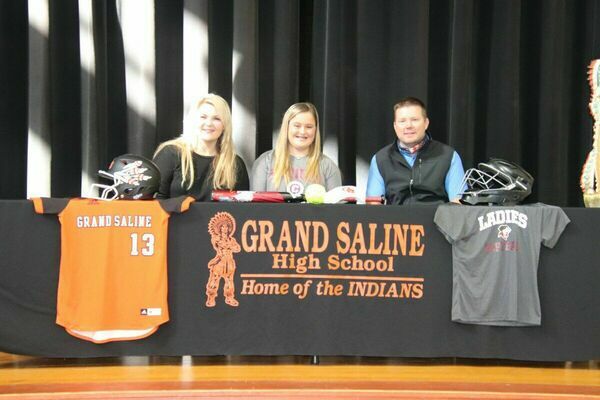 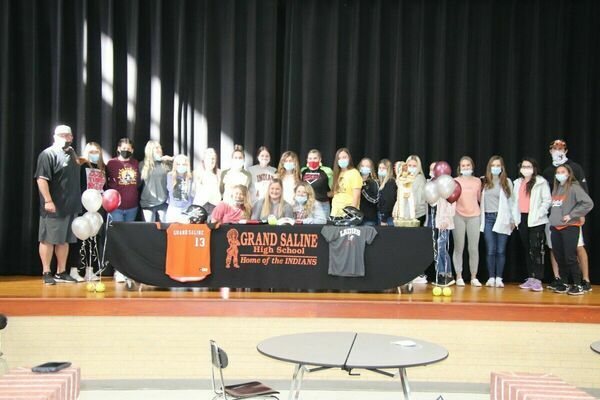 GRAND SALINE--Grand Saline High School Senior Andria “Andie” Houser, a catcher in softball, recently signed a National Letter of Intent committing to playing softball at Centenary College of Louisiana on Wednesday.
Houser has been playing softball since t-ball, and select ball since 10U, her mom Melissa Houser said. In her freshman year, Houser received 1st Team All District DP. In her sophomore year, Houser received 1st Team All District Outfield, and in her junior year she received Offensive MVP.
Wednesday morning coaches and family of Houser collected in the commons area of the high school for her signing.
Athletic Director Joe Drennon spoke, “Andy has done everything she’s supposed to do with softball to be where she is siting at today. More importantly, I only say this because I truly believe it and I know it’s a fact, she’s also done all she is supposed to do in the classroom to sit where she is sitting today. That’s the most important thing she’s done throughout her career is take care of her classroom business.” Drennon continues, “She’s gonna represent Grand Saline High School for the next four years at Centenary. Not an easy place to get into, not an easy place. Very proud of you.”
Softball Head Coach Marc Chitty had the opportunity to speak following Drennon, “I’m so stinkin’ proud of this kid I can talk about her forever. It was funny we were out there a while ago and I said are you nervous, are you ready, she said ‘everyone’s gonna look at me coach’, that’s kind of the point kid.” Chitty went on to say, “Most everyone that’s in here knows she is a good softball player. I don’t need to talk about that too much.” Chitty added, “She’s a joy to coach. We’re gonna miss her when she’s gone.”
Softball assistant coach Maranda Shain Westbrook publicly posted on her social media page, “ANDREW HOUSER!! Selfless √ True teammate √ Defines what hard work is √ Helps build up the future of the program √ Sister Andrew is special. I cannot wait to see what this year has in store for you and I cannot wait to watch your journey through college ball!! So. Stinkin. Proud. Of you and happy for you!! Congrats!!”
Coach Kimberly Fisher McVey also posted on her social media, “This kid right here signed her NLI to play softball at Centenary College today and I couldn’t be prouder. I had the pleasure of coaching her this year in volleyball and this kid is a BEAST!!! So glad I have gotten the opportunity to watch her grow as an athlete and young woman these past 2 years!!”
Houser along with Kinlee Rumfield, were selected to play in the Chick Fil A FCA Heart of Champion All Star Game to be played in June.