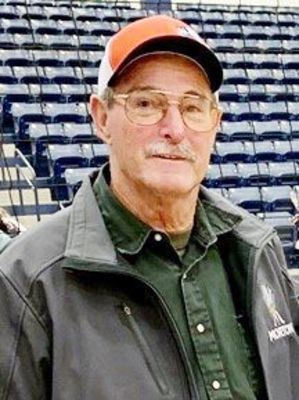 Gary Malcolm Fisher, of Grand Saline, passed from this life to his perfect, Heavenly home on September 30, surrounded by his loving family.

Gary was born on August 12, 1951 to John Herbert and Lois Ward Fisher. He grew up in the Lawrence Springs community in rural Van Zandt County and graduated from Grand Saline High School in 1969. Gary was raised on the farm and excelled as an athlete participating in football, basketball, and track. He was also a member of the GSHS Future Farmers of America using his farm knowledge to promote agriculture as an extracurricular activity.

Gary met the love of his life, Phyllis Kay Dunbar, at GSHS and the two were married on August 16, 1969. The pair settled in the Grand Saline area where they worked and raised their family.

Gary was a 49 year veteran of the Morton Salt company and was the longest tenured employee at the Grand Saline plant. Gary’s love of sports increased when he began to watch his children and grandchildren play the sports that they loved.

Gary was preceded in death by his parents Herbert and Lois Fisher. The family wishes to thank the Neurology floor staff at Christus Trinity Mother Frances Hospital and the staff at Azalea Trails Nursing and Rehabilitation Center for their kindness and exceptional care during Gary's illness.

In lieu of flowers, the family requests donations to the Gary M. Fisher Memorial Scholarship fund which is established at Austin Bank.