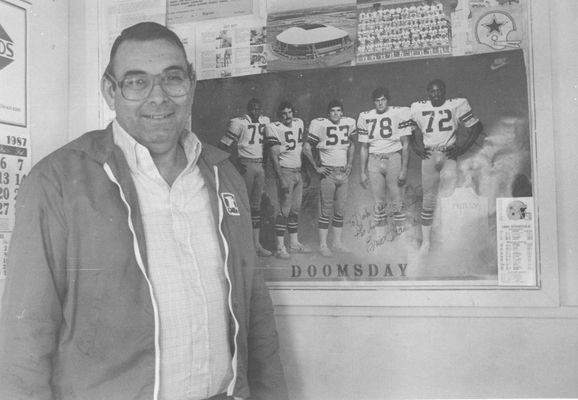 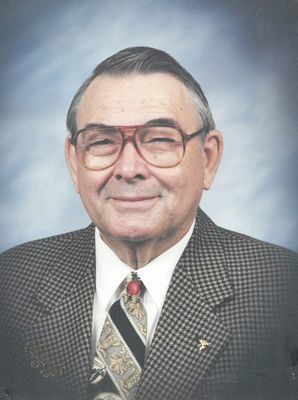 Mr. John Terry Rash, 93, of Grand Saline, passed away August 22, 2020, in Tyler. He was born January 25, 1927, in Colfax, to John Wesley & Mary Argin Rusk Rash. He spent his early years in Colfax and graduated from Van High School, Class of 1944. He served in the US Navy during WWII as a butcher on the USS Savo Island aircraft carrier. After he returned from his military service, he worked for Pure Oil Company. He moved to Grand Saline over 60 years ago, where he was a member of the First United Methodist Church. John was a member of the Pairs & Spares Sunday School Class and enjoyed volunteering with the Breaking Bread Food Pantry at the church. He served on the Grand Saline ISD School Board from 1977-1984. After working for Pure Oil Company, John partnered with Bill Bass at a filling station in Grand Saline. John came to work at Bartley Funeral Home in 1960, and then he and his brother-in-law opened Rash & Ritchie Feed Store in 1968. He owned and operated the feed store until 1999, when he retired after 31 years in the business. John Terry then came back to work at Bartley Funeral Home and retired in 2012. Mr. Rash served on the Woodside Cemetery Board of Directors for many years. He loved Grand Saline sporting events and received the #1 Fan Award at GSHS. John is preceded in death by his parents; two wives, Emma Margaret Ritchie Rash and Wilma Mills Rash; and two sisters, Elizabeth Moore and Marie Allen. Survivors include his three daughters and sons-in-law, Fran & Mario Castro of Sulphur Springs, Jan & Cam McLarty of Tyler and Ann & Randy Wright of Alba; brother, Harold Rash of Athens; brothers-in-law, Bob Ritchie of Van and Max Allen of Flower Mound; eight grandchildren, Jessye, Chris, Lindsey, Clint, Craig, Emma, Chad and Lee; twelve great-grandchildren; his special friend, Shirley Alvey (special thanks to Shirley for the love and care she gave to John); and numerous other relatives and friends. Pallbearers will be Jessye Castro, Chris Trigger, Craig Stanford, Emma Ragsdale, Cam McLarty, Randy Wright and Mario Castro. Memorials may be made to the First United Methodist Church of Grand Saline or the John Rash #1 Fan Grand Saline Athletic Scholarship (P.O. Box 3274, Flint, TX 75762). Visitation will be held Monday, August 24, 2020, at the funeral home, come and go during the day from 10 a.m. until 8 p.m. Private services will be held at a later date.