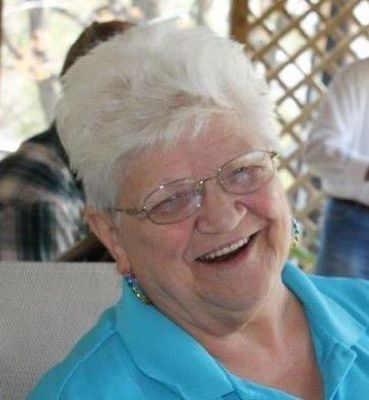 Services for Eddie Laverne Howard Wyatt, 79, Fruitvale, were scheduled for 2 p.m., Thursday, June 25, 2020, at Heritage Trail Cowboy Church, Ben Wheeler, with Bro. C. R. Chapman officiating, under the direction of Bartley Funeral Home, Grand Saline.
Mrs. Wyatt went to be with her Heavenly Father on June 20, 2020. She was the daughter of Joseph Marttie Howard and Dorothy Allen. Laverne was born in the community of Friendship, just north of Grand Saline, on July 12, 1940. She was raised in Waxahachie, along with her five siblings, Oallen, Pat, J.D., Monte, and Marttie Dean. She graduated from Waxahachie High School, Class of 1958. Laverne spent her early years in Ft. Worth and Waxahachie, many years in Dallas, and the last 21 years in Fruitvale. She was a member of Heritage Trail Cowboy Church. Laverne was preceded in death by her parents; husband of 57 years, Elvin Neal “Junior” Wyatt; son, Eddie Neal Wyatt; brother, Oallen Howard; grandparents, Clarence B. Allen & Gladys Ullry Allen, Thomas Monta Howard & Marth Ann Worden Howard; and several aunts, uncles and cousins.

Pallbearers were her nephews and friends.

The family received friends at the church one hour prior to services on Thursday.