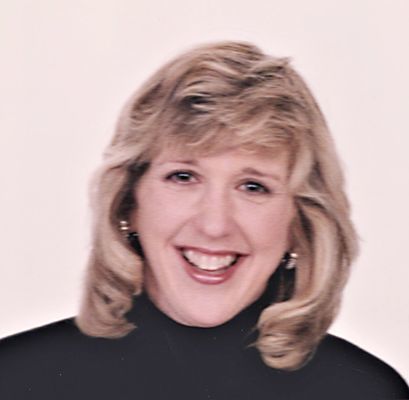 Susan Garland Allison, 58 of Fayetteville, Ark. passed away Wednesday March 18, 2020 in Fayetteville. She was born December 28, 1961 in Dallas, TX to Wiley and Kay (Howard) Garland.

Susan grew up in Grand Saline, Texas. She enjoyed riding horses, the beautiful countryside and being a majorette in the high school band. She also developed her writing skills under the tutelage of Mrs. Carolyn McNatt, her favorite teacher and longtime family friend.

She matriculated from Grand Saline High School to Southern Methodist University (SMU) in Dallas, Texas. While excelling as a student at SMU, she became a Pi Beta Phi for life. She began her career as a journalist in Dallas following graduation. Susan married her husband Gordon on June 24, 1989 in Dallas, and they began their life together in Washington D.C. It was there she learned the financial systems and software business and succeeded in managing a large office for Goal Systems International.

After Washington, Susan and Gordon moved to Little Rock where she had their first child, Gordon Jr. She joined the Junior League, enjoying the service opportunities it provided, as well as developing lifelong friendships. In her transformation from a Texan to an Arkansan, she became a dedicated Razorback fan. Susan and Gordon moved to Fayetteville several years later, where she had their second child, Garland.

Susan thrived in Fayetteville as a Home Room Mother at Root Elementary School and Alumni Advisor for the Arkansas Alpha chapter of the Pi Beta Phi sorority, helping it bring home the prestigious Balfour Cup several years in a row, all while providing a home and household where all of her sons’ friends wanted to play, eat, laugh, and rest. Susan and Gordon joined Central United Methodist Church (CUMC) in 1995 and it became an integral part of their family life. Susan and Gordon had the joy and privilege of teaching first and third grade Sunday School at CUMC for many years. She also enjoyed her time as director of CUMC’s Vacation Bible School and leading youth Bible study groups.

Susan actively engaged in her sons’ lives as they grew, attending practices and play performances for Gordon Jr. and football, basketball and baseball practices and games for Garland, resulting in an Arkansas High School football state championship. Susan attended every Mom’s Day for her sons in college, where she continued her tradition of developing new friendships. Susan (Aunt Su Su) was also adored by her nieces and nephews, who treasured their time spent with her. She was an avid dog lover and cherished Penny, Angel, and Benji.

Susan had an empathetic heart and listened to people. Everyone she spent time with had their day brightened by her warm smile. She was a loving spouse, adoring mother, grateful daughter and daughter-in-law, proud aunt and a caring sibling. Her smile, laugh, and beautiful blonde hair will be greatly missed.

Due to the ongoing coronavirus concern the family will hold a private service at Central United Methodist Church in Fayetteville on Tuesday, March 24th at 1:00 PM which will be streamed live on the church’s website www.centraltolife.com. Private burial will follow at Fairview Memorial Gardens in Fayetteville.

In lieu of flowers, memorial contributions may be made to the Pi Beta Phi Foundation for literacy. The mailing address is P.O. Box 801867, Kansas City, MO 64180 or you can give online at https://pibetaphifoundation.org/