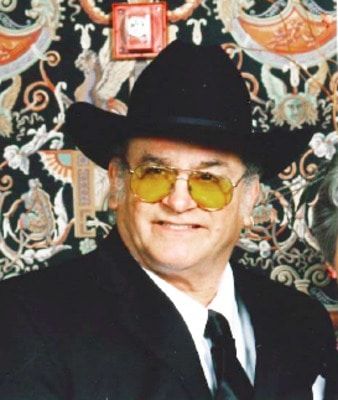 Rudolph O. Sauseda Jr., 81, passed away after a long illness on February 12, 2020 at his home in Grand Saline, Texas. Rudy was with family who loved him as he took his last breath. However, with “Jesus in his heart” he was ready to reunite with the “love of his life”, Joann Sauseda, who passed away on March 25, 2016. Joann and Rudy were married on June 24, 1971. After 44 years together they left a large, blended family: Maria Medlock and husband, Tim; RoseAnne Anderson and husband, Pat; Tate Morrison; Chance Sauseda and Wife, Shari; and grandchildren Kacie, Duke, Ashton and Savannah.

Rudy was born in Verdi, Texas on June 13, 1938. The same midwife who delivered his father, Rudolph Sr., 20 years earlier, also delivered Rudy. Anyone who knew Rudy knew the stories of growing up on the farm with his Grandpa Blas Sauseda, Grandmother Antonia as well as his Uncle Blas and Aunt Eloisa. His love for hunting and welding began there, with his family.

Rudy served four years in the U.S. Navy. During his time on the U.S.S. Cape Esperance, Rudy visited Japan, South Korea, China, Italy, France, Portugal, Panama, Philippines, Siam, Alaska, Hawaii, Guam and Spanish Morocco. Rudy was proud to serve his country and was a member of the American Legion.

Rudy loved to fish, hunt and was eager to share the experience with anyone in his family who was willing to learn. He began with his wife, Joann; then with his son-in-law, Pat; his sons Tate and Chance; and lastly, his grandchildren Kacie and Duke. Rudy loved to be out doors and his favorite hunting trip was in Colorado, knee-deep in snow, with Pat and Chance.

Rudy learned to weld as a young boy on the farm, and this background led to his 60-plus years of welding expertise. Although Rudy specialized in fabrication and ornamental work, he performed all types of gas and arc welding: MIG, TIG, Friction, Stick/Arc. He understood metals and welding so well, he was one of the very few people who knew how to weld cast iron. Rudy operated Trails End Construction for many years, and Grand Saline benefited from his welding more than once. He was instrumental in the building of the Pavilion in downtown Grand Saline, and with his friend Sherre Rivas he constructed the Blue Angels memorial at the baseball field off Hwy 80.

It is with heavy hearts that we say goodbye to Rudy. However, he and Joann are finally together – walking hand in hand – “Just beyond the moon”.