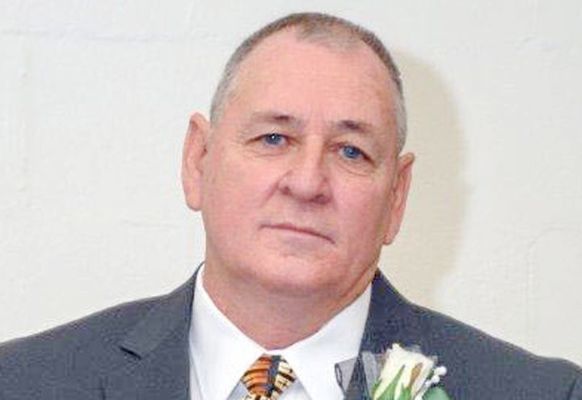 The last two weeks I have written articles that presented the crucifixion and resurrection of Jesus Christ. As I write articles week end and week out I pretty much stress the same topics that most preachers stress on any given Sunday. We speak about being regular in church attendance, studying your bible, and living a moral life before others on a daily basis. Why do ministers spend so much time on these subjects? We are living in a time in the United States that is not like any other time in its history. Our country has opened its arms to many people of different countries and as I have written before they have brought their beliefs with them and we as a country believe in the right to worship freely in the belief of your choice. Now, this opens the door to many different ideas but nothing new since all of it has been around for years and Solomon said in the book of Ecclesiastes there is nothing new under the sun [Eccl.1:9-11] The reality is that all of these other religions are growing in popularity and numbers as Christians seem to be trending toward neglecting God. I heard a message once about people losing contact with God by neglecting the avenues of communication with Him. With this in mind let’s look at the three topics I mentioned that ministers stress so much today.

Our daily life today is crammed full of activities from work to taking our children to all sorts of time fillers such as baseball, softball, volleyball, football, karate, tennis, and many other sports related activities. Then there are school functions and every once in a while a family designed getaway. These are not bad things to do but there is just so much time in a week. One of the first casualties of all this focus on secular things is one’s time with God. When a person is worn out and finally gets to sit down in an easy chair they will generally turn on the TV instead of opening their bible. When they lay down at night they say a small prayer and off to sleep. When the weekend rolls around they find time to go to the Sunday morning worship service skipping Sunday school. Sometimes they may even be too tired to go to that one service.

We ministers harp a great deal on being in church on a regular basis and we would love to see every member in every service and you might ask why? I know that there is no set number of times we are to meet set out in the bible; it only says not to forsake the assembling of ourselves together [Hebrews 10:25]. If you are a parent think about this for a few minutes. Your children start school at four or five years old now and they are being taught several hours a day five days a week the secular agenda of the world. They are being taught that evolution is a fact and that God created the world we live in is a myth. Small schools are not as bad as large city schools but many school systems are teaching there is nothing wrong with the sexual sins defined in the Bible. Christmas parties and any similar Christian celebrations like we had in school are being phased out as offensive to others. Then you pick up your children from school and spend the next few hours at some type of activity I mentioned above. When you finally do get home the children have to do their homework and then off to bed. When you do not take them to Sunday school they are missing lessons on the Bible. They are only getting, at the most, one hour a week to hear anything about God and His Word.

When these children graduate and go off to college they are unprepared for the isms and cults that await them on college campuses not to mention the liberal professors who want to ridicule any student who professes a belief in God. They have not learned enough to withstand the pressures of all this false teaching so many of these young people decide not to attend church services at all later on.

Adults are spending so much time doing all this that they don’t have time to read their Bible and as time goes by their knowledge of His Word slips and they are not even prepared to explain why they believe the way they do. When they are not going to church on a regular basis and reading their Bible they will find themselves letting little things slide in their life that they know is not right and this can lead to bigger missteps. What this all adds up to is that we, in America, are becoming very guilty of neglecting God. Christians in many other countries are putting their life on the line literally every day they profess being a Christian. We are so fortunate here in America that we have had the freedom to worship without any worry of being harassed, harmed, or killed for being a Christian. This has made us lazy and passive believers in Jesus Christ.

All you have to do is watch the news, read the newspaper, or just talk to a variety of people and you will see that there are changes going on in our great nation and if we as professing Christians continue to neglect the worship of God and stick our heads in the sand it could be that in a few years we might find ourselves facing some of the very tests that our brothers and sisters in other countries are already facing. There is an old question that goes, “If you were arrested for being a Christian; would there be enough evidence to convict you?” If you cannot say yes to this then I ask you this question. Why? CAN I GET AN AMEN!!!

The Price of Pleasures...