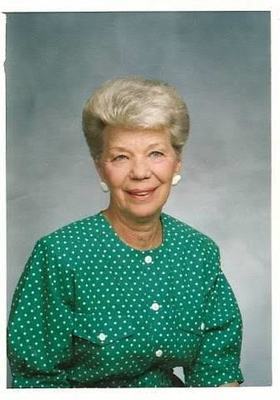 Services for Fay Steele, 87, of Grand Saline, were scheduled for 10 a.m., Wednesday, October 14, 2015, at Main Street Baptist Church under the direction of Bartley Funeral Home, Grand Saline.
Burial was held in Haven of Memories, Canton.
Mrs. Steele passed away October 11, 2015 in Tyler. She was born July 28, 1928, to A.Q. and Mittie Griffin Weatherall. Fay was a lifelong resident of Grand Saline where he was a member of the Gleaners Sunday school class at Main Street Baptist Church and worked as secretary for the City of Grand Saline. She was preceded in death by her parents; husband of 60 years, Kenneth Steele; brother, Ray Weatherall; and sister, Lavern Shaw.