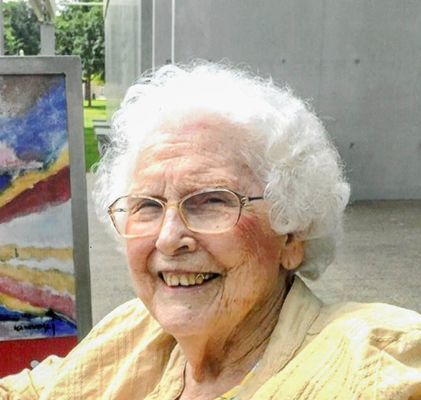 Mrs. Houy passed away February 5, 2018, in Richland Hills. She was born January 15, 1930, in Mason to Perry & Agnes Witt Willmann. She graduated from Marble Falls High School in 1947. Della married Reggie Houy on December 27, 1949. In 1964, Della and Reggie and their family moved to Euless. They were charter members of William C. Martin United Methodist Church in Bedford. Della was the first pianist/organist of the new church. In 1974, Della was appointed City Secretary of the City of Euless. In 1981, Della and Reggie retired to Grand Saline. Della belonged to the First United Methodist Church in Grand Saline, and the Pairs and Spares Sunday School class, and the Hand Bell Choir of the church. She was also a member of the VFW Ladies Auxiliary post 6635, the Cozby-Germany Hospital Ladies Auxiliary and was a supporter of the District 30 Honor Guard. She was preceded in death by her husband of 53 years, Reginald "Reggie" Houy; daughter, Regina Houy Lawrence; parents, Perry and Agnes Willmann; sister, Lanette Pieratt; and brother, Jerald Willmann.

The family received friends 6-8 p.m., Wednesday at the funeral home.