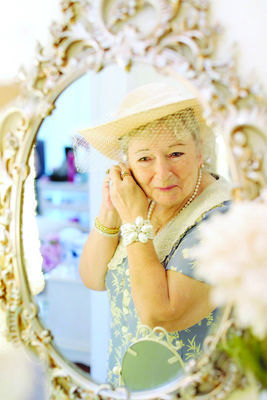 Interment will follow in Woodside Cemetery. Mrs. Bolin passed away November 16, 2017, in Tyler. She was born January 22, 1947, in Palestine to Henry Franklin & Jackie Mozelle Brown Rodgers. Glenda spent the last 52 years in Grand Saline where she was a member of Sand Flat Baptist Church and Young at Heart Sunday School Class. She was also a member of the "Apple Dumplin Gang" and had worked for over 30 years as a Licensed Vocational Nurse. Glenda was preceded in death by her parents; daughter, DeNita Jean Harley; brother, Henry "Pat" Franklin Rodgers,Jr.; father-in-law and mother-in-law, Morris & Ludie Bolin; and beloved Todd Miller.

The family received friends 6-8 p.m., Sunday at the funeral home.