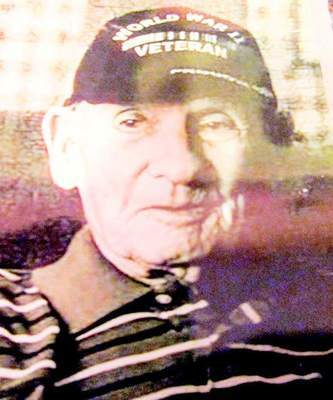 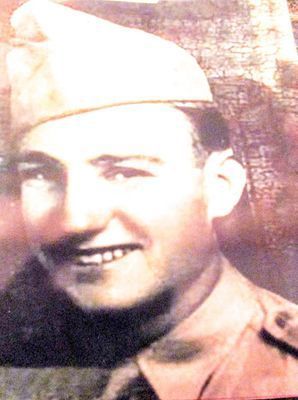 (This story about the late Harold Staton of Edgewood first appeared in the Tyler Morning Telegraph on July 3, 2013. It is excerpted here with the permission of the Tyler newspaper.)

EDGEWOOD – At the age of 90, Harold Staton remembers clearly the day he was dropped behind enemy lines in Normandy.

On June 6, 1944, Staton entered World War II after months of training – to only fight for one day.

He and 30 others from his unit of the Army 101st Airborne Division were captured and marched off through Nazi-occupied territory to spend the remaining days of the European campaign in a German prisoner of war camp.

How It All Began

Staton knew the bombing of Pearl Harbor would be the start of a new life for him and his classmates in Florence, Kansas.

The principal came in during math class and said, “I just got word over the radio that the Japanese declared war on the United States and . . . they’ve already invaded some islands down there,” Staton said.

“We were all seniors at that time, and we kind of looked at each other and said, ‘I guess we’re going to be in the army before too long.’”

Instead of waiting for a draft notice to put him into the advancing war, Staton enlisted. He then trained at different campus throughout the U.S. before joining the paratroopers.

“On that last day of basic training, after we had been shooting guns, throwing grenades and stuff like that, a big mobile wagon pulled in. They sent word throughout the camp that they were looking for volunteers for paratroopers,” Staton said.

“I said I would volunteer and my friends said they would too.

“’I went and got a physical and passed everything, so I went back to my friends and said, ‘You guys going to volunteer?’ “They said, ‘Heck no we ain’t gonna jump out of no airplane, we’re going to stay on the ground!’”

Staton in England on D-Day Fifty-five jumps later, Staton was in England waiting for the day that changed his life – D-Day.

“When the call finally came, it was light outside as the paratroopers prepared, but by the time the forces crossed the English Channel the day sky turned to night.

“When it started, we were on our way across the Channel,” Staton said. “Our lead ship must have gotten knocked out with all the flak and things hitting the wings.

“Our copilot came out and said, ‘Y’all get hooked up and ready to run, we got to get out of here. This plane ain’t going to last long with them shootin’ at us.”

Staton said flak was coming through the metal skin of the plane, but one scared lieutenant refused to jump at the right time, keeping others from making their drop zone.

“A guy named Pop said, ‘We’re getting out of here,’ and he came and threw the lieutenant out the door.”

The group, coming down about 20 miles from their intended drop site, landed instead in an orchard surrounded by Nazi soldiers. Staton said no one in that orchard knew where they were or which way to go.

Staton quickly gathered up his parachute, loaded his rifle, gathered the troops nearby and took off down a road.

“We were in the water,” he said. “It was coming up to our chests. There were three machine guns up on the hills shooting at us in the water.

“I got to a little place where there wasn’t water and the officer said, ‘Well we can either shoot our guns and throw our grenades or put our hands up and see if they’ll takes us in.’ And they did.”

“It was either die there in the water or live.”

Staton said he and about 30 other men were lined up against a fence with another unit of paratroopers who also missed their drop zone. Then gunshots rang out on that other group.

A Nazi soldier explained that they had caught an American soldier defacing dead German soldiers. “We weren’t supposed to be doing things like that. Not even to the enemy. They didn’t bother us anymore after that.”

Loaded on a Train

Staton and his buddies were marched to a train, put aboard and taken to France.

“Where we were, we didn’t have any food. We had the box we carried in our suits, and that was the only meal we had,” he said.

At the first prison camp, soldiers volunteered for work duties, taking the places of French workers. Staton worked in a hospital where he cared not only for American soldiers, but also for Germans injured in battles across France.

Staton and others were soon loaded on trucks and headed to Paris.

Somewhere on the route, the Germans ran out of fuel and forced the POWs to walk in line.

“We were walking like the Germans would do, down the road in a column, and we looked up and there were four fighter pilots,” Staton said. “We were waving at them, yelling, thinking they were our boys and maybe they’d do something to help us. But they didn’t do nothing to help us.

The Germans ordered the remaining men to make a long trench with a bulldozer where 25 Americans and six Germans were buried.

The prisoners walked several more miles to an empty monastery. “The Germans gave us one meal a day, and that was barley and horsemeat, and we’d get one soup a day,” Staton said.

“If you wanted anything else, you didn’t get it. One of the boys was eating the soup and said there was something crawling in his soup.” I said, “Shut up and eat, you’re not getting anything else.”

Staton, and the few left of his group finally made it to Stalag 7B in Memmingen, Germany, where the prisoners of war were supposed to remain until the end of the war. But the Germans moved the group again to Augsburg, Germany.

“We were on details, doing this and that. Cleaning and laying bricks,” Staton said. “We finally got our box of food and cigarettes from the Red Cross. The cigarettes were worth more than money. We could trade them for anything we would want to eat.”

The Red Cross sent these boxes once a week to the POW camps across Europe and the South Pacific.

Close to the end of the war, almost a year and a half after being captured, the American forces were getting closer to Germany and Augsburg in particular.

“They started marching us to the Alps,” Staton said. “I don’t know what they were going to do with us, but maybe keep us as hostages.”

Staton’s captors were not the young Nazi soldiers typically seen on the front lines. Instead, the Allied forces were held prison by old men, called Volkssturm – the German militia.

“When we got about 10 meters away from Augsburg we heard the Americans were close by so we sent one of the boys out to tell they we were in the village and not to come in and shoot or blow everything up,” Staton said. “Then the guards came down and gave us their guns and said, ‘We don’t need them anymore.’”

The Americans liberated the camp shortly afterwards in April 1945.

Staton came home and met his now wife Pat whom he married while in college at Henderson Teacher’s College in Arkadelphia, Arkansas. The couple has been married 60 years.

The former POW received a degree in kinesiology and coached football, basketball and golf at Edgewood High School for about 17 years.

Staton said he has no ill feelings towards the Germans for his time in captivity. “It’s not the German people I was mad at,” Staton said. “It was Hitler and his Nazis.

Staton completed his master’s degree at University of North Texas and moved to Edgewood where he was an active community volunteer and member of Cheatham Memorial United Methodist Church.

He participated in many veterans’ activities at the Van Zandt County Veterans Memorial and became friends with Cary Hilliard (Lt. Col. USAF retired).

Hilliard who will emcee the veterans ceremonies at the Edgewood Heritage Festival on November 11 – Veterans Day – said he looks forward to seeing Harold Staton’s wife again, saying, “Even when Harold was confined to a wheelchair, Pat would bring him to all of the activities for veterans. They were a great pair.”