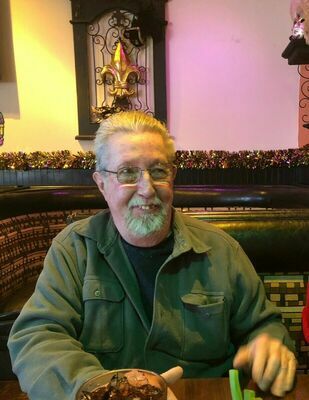 Edward Davant Bazemore of Grand Saline, Texas, passed away on February 22, 2022, at the age of 76 from severe emphysema. He was surrounded by his daughter Christy Roney and grandson Greyson Carney.
Davant was born November 13th, 1945 in Savannah, Georgia and was the second child of Jessie Emmette and Lahoma (Ansley) Bazemore. Davant was a man who gave so much to his family, friends, and complete strangers.
He joined the marine corps in 1963, and served until 1967. He was a Vietnam veteran and served 13 months in Vietnam from 1965 to 1966. The marine corps gave him the opportunity to travel the world. He became a sprinkler fitter for commercial properties after leaving the Marine Corp. He retired a journeyman in 2003 from the industry.
Once retired, Davant and his wife, Nancy, moved from Riatlo California, to Grand Saline, Texas. They enjoyed the quiet town atmosphere and settled into retirement.
Among his family members, Davant was the chief counsel man. Everyone in the family leaned on him because of his wisdom, compassion, and ability to convey information with a pragmatic approach. Davant was best known for his generous nature and his willingness to help people in need. Everyone has a story about him helping people. We all knew if he said he was going to help we could count on him to do it.
In, 1973 he married Nancy Elizabeth Williams. Nancy already had two children, Bobby and Christy. Davant raised the children as his own. Nancy passed away on April 5, 2010 from a long battle of various health issues. His son Bobby passed away on October 25, 2013.
He is remembered by his daughter Christy, son-in-law Richard Carney, grandson Greyson Carney, brother Jesse, sister-in-law Karen(Humphries), nieces Lisa and Leslie Sease, Danielle and Jessica Bazemore, nephew Brandon and wife April, their children Connar, Ayden and Skylar, nephew Tradd and wife Jennifer, their children Landers and Silas and daughter in-law Charlene McCarthy. His closest friend Wesley Chitty of Grand Saline was a dear friend to Davant. He is preceded in death by his parents, Jesse Emmette and Lahoma Ansley Bazemore, wife Nancy (Williams), his son Bobby, sister Linda Sease (Bazemore) and brother-in-law William Sease.
There is no funeral planned at this time. My father never liked them and wanted people to remember the best parts of him not mourn the loss. He was insistent on that.