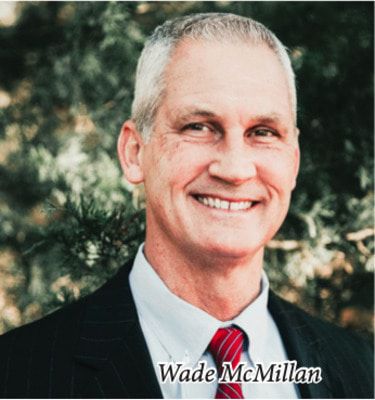 VAN ZANDT--With election time drawing near Van Zandt County Precinct 1 Justice of the Peace Wade McMillan has informed the Grand Saline Sun that he intends to seek re-election.
McMillan is wrapping up his first term in office, and is in the beginning stages of defending his seat atop the bench of the precinct 1 court.
Judge McMillan has not yet to formally file with the county, but did wish to make his intent known to the voters of precinct one.
McMillan says, “Since April of 2018 it has been an honor and pleasure to serve as Justice of the Peace for Precinct One, Van Zandt County.”
Working with his court staff and the district attorney’s office, Judge McMillan was able to dispose of many old cases and clear the docket as far back as 1982.
As judge, he and his staff also worked on clearing up old civil cases and reorganized records for easier access and storage.

McMillan states, “Covid brought many challenges but the court is open, accessible and ready to serve the citizens.”
As your Justice of the Peace , McMillan intends to take on the requirements and challenges of new legislation pertaining to magistration, bail, inquest and landlords and tenants.
McMillan says that the county continues to grow but he wants to remind voters he will remain available, firm and fair.
McMillan says that he is a republican committed to the state of Texas and the people of Van Zandt County and he’s asking the citizens of precinct one in Van Zandt County to re-elect him as Justice of the Peace.
“I am a Christian.  My wife Tammy and I are members of First Baptist Church of Van where I serve as a deacon and Sunday School Teacher. Tammy and I have 3 grown children and five grandchildren.” McMillan says of himself.
He graduated from Van High School in 1979 and Tyler Junior College in 1982. Upon graduating from TJC, he was accepted into the Texas Department of Public Safety Training Academy.
He served as a Texas Highway Patrol Trooper from September 1982 until August 1985. He then left the highway patrol and began a career with the Dallas Fire Department that lasted over 30 years, which included over 5 years as a firefighter paramedic.
Prior to being elected as Pct.1 Justice of the Peace, McMillan server for 24 years as the part-time presiding Judge of the Municipal Court for the city of Van.

“I have the energy, knowledge and experience to serve as your Justice of the Peace. My experience consist of managing a court docket, case files, state records and reports.   I’ve handled pretrial hearings, bench trials, jury trials, appeals and final disposition of the cases.” McMillan added, “Issuing Magistrate warnings and setting bond are also part of my experience.”
McMillan believes his resume as a public servant speaks for itself.
“I believe my consecutive years of public service help provide you assurance of the availability and stability I will bring to the office.”
McMillan says that he strongly believes every person and every case before the court is important and says that as your justice of the peace, he will work to ensure all are treated as such.
He vows, “I will be honest, firm and available. The most important thing I pledge to you is fairness. I will be fair.”

McMillan says, “I want to be your justice of the peace and I look forward to continue serving you, the citizens of Precinct 1, and all of Van Zandt County, Texas. Thank you for your support.”

(The Grand Saline Sun does not endorse any person seeking elected office. We offer every candidate space to address the voting public. We believe an educated voter is wise voter. Your vote is your voice, use it wisely. We encourage any and all individuals seeking public office to take advantage of this free opportunity.)